Have you ever thought what happens to you, when you are asleep? Did you ever feel hungry while sleeping? Do you hear people talking while you are in a deep sleeping state? When you are in a deep sleep, even your six senses even do not work properly. You won’t feel anything unless the blow is hard enough to wake you up. Why so? Are we a machine that can be switched off? 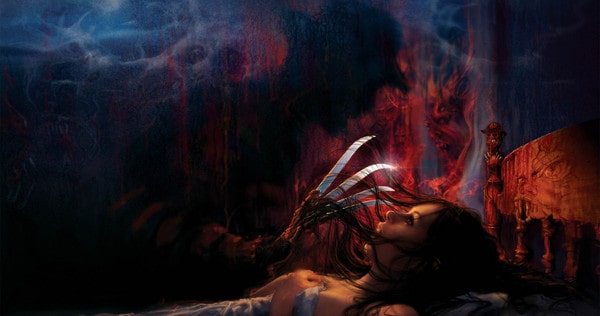 One thing you remember about a sleep is a dream, and it is said dreams are created from subconscious then why do we sometimes see things which are unexpectedly bizarre? I often have been living a moment feeling like I have been there before, a feeling of living a similar moment earlier, these interpretations leave the strangest taste in my mind. Why does it happen?

I raised a topic which probably has knocked every mind, but those minds never knew the theory behind it. This paradoxical theory is what I discovered by remembering such odds, which either entitled me with a tag of a schizophrenia patient or a supernatural being. But I am none of the both, neither do I have any symptoms of such issues, yes I even consider holding supernatural powers as an issue.

When I was a child my mother once told me, people, who committees suicide are not normal people like us, their mental conditions are not normal. We struggle, we battle and we kill just to survive, this life is about survival and a human is designed to do anything to survive. Alas, some people give up on living and walk towards death. Who are these suiciders, are they from any other planet? No, they are normal people among us, who spends their whole life laughing, crying and smiling among us, they seem so normal, but suddenly some day, they are gone, gone with their own will. How do you think this is possible, how do you think people fearlessly die so easily?

So, the question now we have is, why am I saying all these, do I even have the answer to the questions I asked. Well, yes I do.

And how do I know all of these right, I know all of these because, I have seen it, how have I seen it, right? I have because I have experienced it, and how did I experience it, right? I have experienced it through Astral Projection, which is an out-of-body experience. How do you think Nirvana is possible? It is because the soul escapes the body to travel through the universe of a 4th dimension. Astral Project is not a supernatural power; it is just like Nirvana, which has resided through a lot of practice, patience, faith and purity. Let me make one thing clear, death will not necessarily take you to the 4th dimension, I don’t know where souls go after death because no one comes back from death, but it is possible to come back from the 4th dimension and write stories and explanations about it. But remember, you can only come back from the 4th-dimensional universe when your body exists in an undamaged state. You have heard stories, where people died, their heart stopped working, yet they came back, you heard about in a state of coma, these are all states of the soul being in the 4th dimension. While people are in a coma, people face a 4th-dimensional pull which is way too strong.

Experience with the Monster in Subconscious:

So let’s start from my experience. It was 2009 when I first came across the theory of Astral Projection. It seemed very absurd yet very real. I was very fascinated with the concept. It said you can travel where ever you want because with the help of astral projection our souls are able to come out of our bodies and our souls are nothing but energies. Energy doesn’t need to take a flight to visit Paris, and honestly, all I wanted was to travel and explore the limitless. I was not that rich, my father ran a small tea stall, which could barely fulfill our basic needs, and traveling is never considered as a basic need. So, I decided to practice Astral Projections. What is the procedure of astral projection? It is not a rocket science yet it is quite difficult, you need to sleep while staying awake, how so right? This is done by letting your body sleep while keeping your mind still awake.

What I had to do is lay on my bed for 40 minutes in a very tired and sleepy state, but the struggle was not falling asleep. What was more challenging is not thinking about anything at that point of staying awake. Besides, I had to focus on my body placement, I had to navigate my body organs with mind power, feel every shape of the body, and at some point it is said the body will start  vibrating, this is when the body starts falling asleep, keeping the mind awake. Throughout this whole time, I was not even allowed to move. It was never as easy as it sounded; I failed, for several nights, weeks and months.

Finally, one night I reached the body vibration state, but something felt wrong, my chest felt a bit heavier, the temperature felt getting higher, I didn’t want to open my eyes because that would mean ending the whole session, so I continued. But I could no longer handle the discomfort and I opened my eyes. As I opened my I eyes I saw a strange and dark creature sitting on my chest, it had disproportioned features, the eyes were filled with aggression and the teeth were merged out, the creature was slowly coming closer to my face. I screamed, screamed with fear, but there was no sound, I tried moving my body but I couldn’t. I felt myself struggling helplessly just to move, and no one came to rescue, I saw so many things happening around me, I continued struggling to get out of paralysis, to get rid of the fear. Finally, when I was able to move I saw it was still midnight. That is when I realized, I was sleeping, and it was a sleep paralysis, which was caused due to the deactivation of my body muscles while my brain was kept hyperactive at that moment. A negative subconscious was created from the anxiety and uncertainty towards my first astral projection experience. The creature was a metaphoric reflection of my subconscious, but I am still uncertain of it being unreal, because so far what I have realized sleep paralysis is a form of a dream which means it is the 4th dimensional world. And nothing is unreal in the 4th dimensional world. I remembered everything because my brain was intentionally kept active. I didn’t still have any idea about visiting the 4th dimensional world with an active brain, I had no clue about the vast undiscovered, I was a total stranger to all the experience that was waiting ahead.

I gave up on practicing the astral projection for days, with the fear of seeing the distorted face again. Nevertheless, I started again. I told you astral projection is very fascinating. Eventually, I achieved skills which allowed me to enter the 4th dimensional universe without reaching subconscious state and without being unconscious. For years I didn’t even know I was in the 4th dimensional universe. 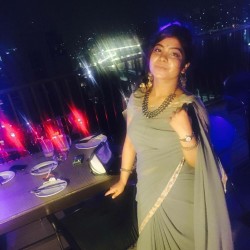