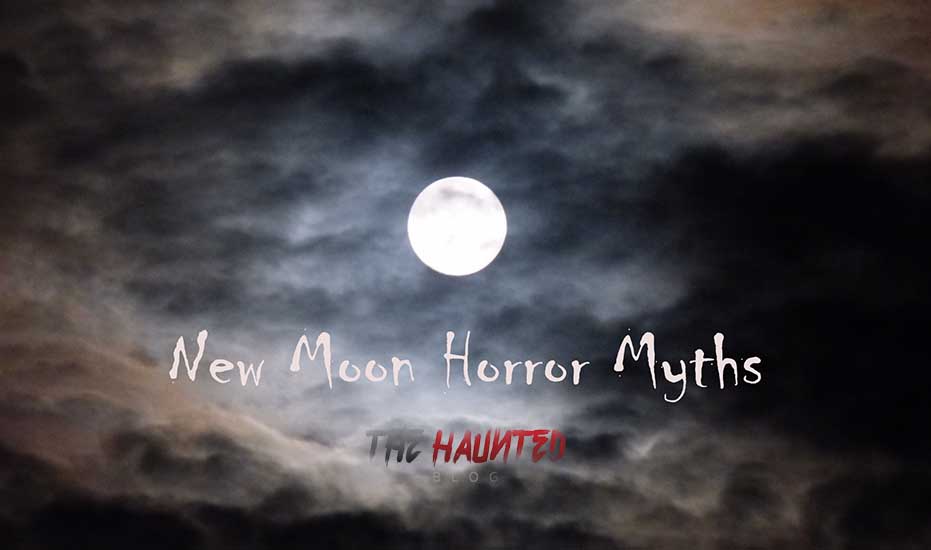 Do you sleep well on moonless nights? You may want to think twice about that. Also known as the dark moon, the new moon is one of the most supernaturally dangerous moon phases. It brings with it the darkest nights of the month, as well as the highest levels of paranormal activity. There are so many myths about new moon night. In this article, I’ll go through the various dangers you may face during the new moon. Pay close attention to what I’m about to say, because it might just save your life.

We all know that the moon has an incredibly powerful influence over fluids on earth, as you can see from the rising and ebbing of the tides. If the moon can exert its pull on something as big as the sea, it’s only logical to think that it influences the fluids in our brain, and thus also our minds. According to certain Indian schools of spirituality, the new moon increases negative thoughts, desires, and feelings in human beings, to the point that they commit suicide.

Worse, the sun’s energy isn’t present to counteract the dark energy of the new moon. That means ghosts will take advantage of the new moon to build up more dark energy so they can possess people and drive them to suicide, fugue, or murder. If they collect enough dark energy from the new moon, the ghosts can even orchestrate horrifyingly apocalyptic events like hurricanes or typhoons.

The good news is, the new moon is only dangerous to you personally if you let it. If you notice dark thoughts taking over your mind when the new moon approaches, talk to someone you trust. Better yet, contact your local hospital or a professional therapist. Suicidal thoughts are a serious threat to your safety, and should never be taken lightly.

Manticores are gargantuan lions from hell, with dragon wings and scorpion tails. If you see one, don’t even bother running because you’re already dead. It’ll either rip your guts out and devour you with its gigantic maw, stab you to death with its poisonous tail, or make your head explode with a single roar.

The good news is, both moonlight and sunlight are fatal to manticores. The bad news is, that means that they can escape from hell and emerge into the human world during the new moon.

Like vampires, manticores can’t enter your residence unless you invite them in. The best way for you to protect yourself, then, is to never leave your house during a new moon until either the moon or the sun comes out. Also, make sure that you’re never on a flight during the new moon – those victims are the manticores’ prime targets, because they love flying up to planes with their big leathery wings and attacking the people there. You should also avoid woods and forests, especially those that have been confirmed to contain exits from the nether world, where manticores usually reside.

According to old English traditions, if you first see the new moon through glass, you will cut yourself on broken glass and die before the month is out. If you see it over your left shoulder, you will die in an unlucky accident. If you see it over the tops of trees, you’ll escape death, but a loved one of yours will die. Even worse, if a child sees the new moon when it is first born, it will die before it becomes one month old.

Fortunately, you can protect yourself pretty easily from this kind of new moon curse. Just get on your knees and pray sincerely to the new moon to spare you from your impending death. End it with the sentence “May you leave us as safe as you found us!” Some also say that looking at the moon over your right shoulder can reverse the effects of the curse.

If you look at the new moon through the trees, that means that there will be a vicious flood, tsunami, or hurricane before the month is over, and that you will drown during that incident. Also, be very careful of the moon dogs, which come out whenever you see the new moon surrounded by a silvery halo or watery clouds. The moon dogs are creatures that stir up wild, raging storms at sea, drowning anyone who is unfortunate enough to encounter them.

The best way you can protect yourself is to never go out to sea during the new moon, and avoid being in places that are prone to flooding and other water-related disasters. Do not leave babies in bathtubs. Most importantly, do not go swimming, boating, or engage in other water-based activities.

According to pagan traditions, you should never cut your hair and fingernails during a new moon. You may not feel the effects for days, months, or even years, especially if you do it only once or twice. But if you keep on cutting your hair and nails consistently during the new moon, one day you will meet with a sudden, gruesome, painful death that you will never be able to anticipate or prevent. This is because whenever you cut your hair and nails, you are effectively cutting days, months, or even years off your life, depending on how much you cut.

Even though the new moon can be a terrifying time of the month, you will be fine as long as you follow the guidelines I’ve laid out above. If you know of any other new moon myths, leave a comment and let us know! You’ll be doing the world a great public service.