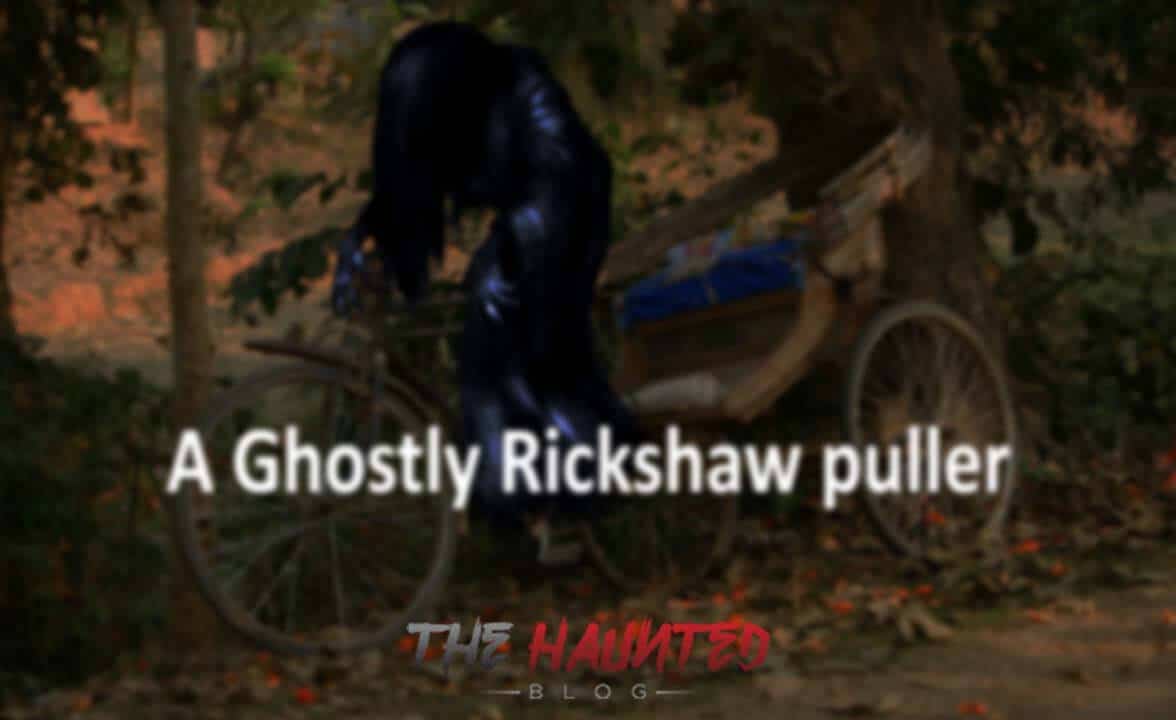 In our life, we experience so many things and often forget them. But, We always remember the special experiences. Any mysterious things that happened in our life will always stay in our memory. Specially, We can never forget the paranormal experiences. In my life, I have so many haunting experiences. A few years ago, i had faced an abnormal incident with a mysterious rickshaw puller and his rickshaw. This story is about that haunting incident.

A Mysterious Rickshaw puller, His Rickshaw and A Haunting Experience

In a previous article, i shared about my first terrible nightmare. In that article, i told that i had so many horror and abnormal experiences in my life. The incident i’m going to share is one of them.

In last quarter of 2012, I lived in purbo rajabazar, farmgate, dhaka. My HSC exam result was published a few days ago. It was a good thing that i passed that public exam with a good GPA. One day, Me and some of my friends who passed the exam met in farmgate park. It was noon (Approximately 1 PM). We were gossiping. Suddenly, We decided to go to our college office to get our testimonial. The administrative office (in Gulshan 2) was a bit far from farmgate. Anyway, It was already 2.30 PM. So, We took a break to complete our lunch and bring necessary documents from home in order to get testimonial.

Within that break time, I experienced the blood chilling incident. As it was 2.30 PM, the environment was very hot in dhaka. My residence was not so far. It was just walking distance. But, I decided to ride on rickshaw as the environment was not good enough for me. Unfortunately, I was not finding any rickshaw. Suddenly, i saw a rickshaw and a rickshaw puller. I asked him, if he could go to purbo rajabazar. He demanded TK. 20 ($0.25). I agreed and rode on rickshaw.

Farmgate is a very congested area in dhaka city. But, Purba rajabazar becomes a bit silent after launch time. Because, Everyone goes home to take launch. But, In afternoon everything becomes normal again. Anyway, Within 3/4 minutes, i reached my destination and asked the rickshaw puller to stop. He stopped and i got down from rickshaw. I put my hand in my back pocket of pant and took my wallet. I picked 20 TK and was about to give it to the rickshaw puller. But, Oh my God! There was no rickshaw or a rickshaw puller. I just became surprised and shocked. Anyway, I was looking around to find the rickshaw. There was nothing. Suddenly, i saw a rickshaw approximately 100 ft far from me. I went there and wanted to give that 20 TK. Because, I thought that was the rickshaw i rode. But, The rickshaw puller refused to take that money and said he did not give me a ride. I was just stuck for a moment and started thinking many weird things. Where had the rickshaw puller and his rickshaw gone within a moment? If it was my hallucination, how did i come to my destination so fast? Still now these questions appear in my mind. But, I never find any acceptable answers.

Yes! I know. I can establish logic against this incident. Probably, I was a bit sick because of hot weather. So, The whole thing could be just an illusion. May be, I came to my destination by foot. But, I thought i was riding rickshaw. Or i actually came here by riding rickshaw. The rickshaw puller did not stop his rickshaw. Probably, He just slowed down and i got down from it. Rickshaw puller did not notice it and he was just going and at last left the place. Anyone can use their own logic to find an explanation. But, The truth is i was the victim. I faced that situation. It was a haunting experience for me. But, I’m still looking for a clear explanation why this thing happened to me. I guessed it was caused by a jinn. Because, This incident happened near the purba rajabazar mosque. Anyway, I donated that TK 20 to a local mosque. I had faced some other things in that area. I left that place after a few days.