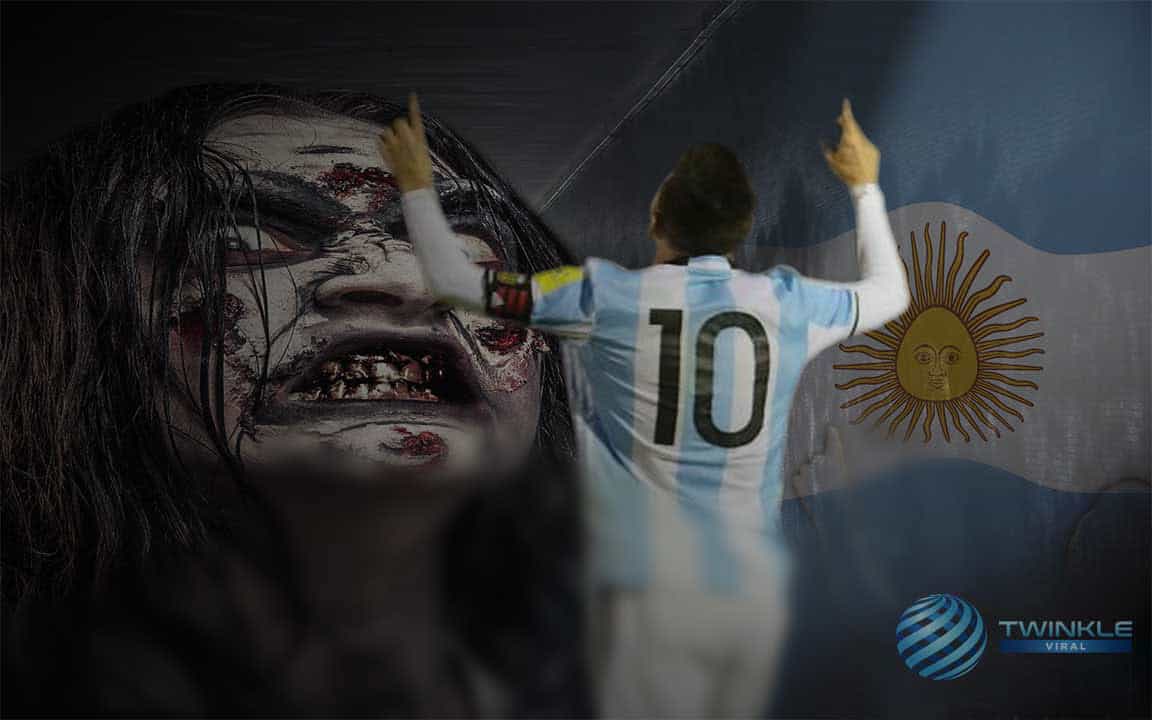 In 1986, Argentina Football team won the world cup for the last time. It has been 32 years. They have not been able to win a single world cup. It may happen. But, Some people think, Argentina won’t win world cup until they get rid of a curse. So, Lionel Messi and his teammates’ performance is not enough here. But, What’s the story behind this curse?

The Story Behind the Curse of Argentine Football: Virgin of Copacabana

Argentina got so many talents like Lionel Messi, Maradona, Di Maria, Dybala, etc. in football. But, The world cup is still elusive after 1986. Some people think a curse is working behind this. Even many Argentines believe this curse. The story behind this curse began in 1986 before the Fifa world cup starts. Argentine coach Carlos Bilardo wanted a place like Mexico to prepare his team for the world cup. They found a place called Tilcara in the northwest part of Argentina which was almost 2500m high from the sea level. It had a similar environment to Mexico. So, The federation decided to hold their campaign here. The team Argentina was preparing for the world cup. One day, They hard of the statue “Virgin of Copacabana.” According to a myth “If someone goes to that statue and wish something, it will come true. But, He/She must keep his promises.” This statue was in a church. One day, Bilardo went to the church and prayed to that statue. He promised, “If Argentina wins the world cup, he will come back and give thanks to the Virgin.”

Yes. Argentina won the world cup. They celebrated. But, Bilardo did not keep his promise. People think this is the reason Argentina has not won a single world cup after 1986.

This belief is so strong that Bilardo had to face so many questions about it.

Another Curse: The Goal by the Hand of God

In the 1986 world cup, Argentina won against England. But, The result would be different if the referee could understand the Maradona used his hand to score a goal. Maradona and many people have named it as the goal by the hand of God. People say, God became angry about it and so Argentina is not winning the world cup again.

Whatever it is, the curse of the Virgin of Copacabana is beyond anything. Most people believe that is the only reason Argentina will not win the world cup again. Time will say everything in the future. Or Maybe time will reveal more things to us that is beyond our imagination.

Personally, I believe this is nothing but a belief of crazy Argentina fans. What do you think?