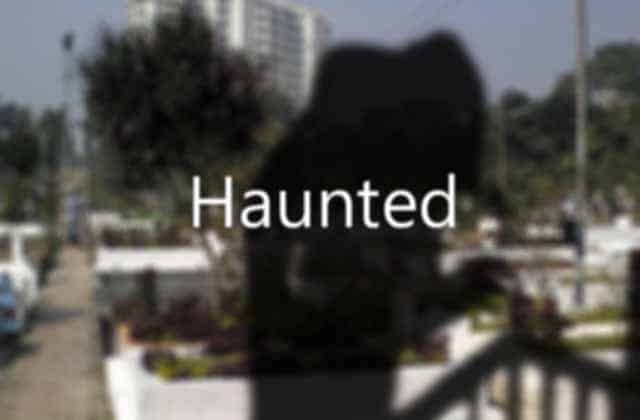 Till now, we have discussed about haunted places that are natural spots or Highways. As we all know, for ages, graveyards are tremendous source of haunted stories to birth rural and urban people. Hundreds of rumors and tales about many creepy graveyards are flying from generation to generation. In western horror movies or stories, you might have heard about the ghosts and evil spirits that lie in the graveyard and use to freak out people now and then. They are pretty much awesome to be scared on right? Now it’s turn to explore and travel to the haunted graveyard of Bangladesh’s capital Dhaka city. All we are talking about the Banani Graveyard located beside the Banai Golf Height.

Paranormal stories had been rumored for years about the banana Golf Height which is located beside the Banani Graveyard. People often get frightened on that spot. It had been reported from many of the witness that gruesome smells and sounds often wafted from the windows of the golf height which are assumed to be babies’. The general time of that incidents was at dead hours of the night.

Some people directly claim to hear baby crying during they were passing by road or driving a car. They had heard baby crying with extremely loud voice from the dark windows of Babnai Golf Heights. Also very unpleasant odor was smelled right then. Both crying and the odor was being created at the same time and whenever the baby ghost stopped crying, the odor was vanished.

After doing a lot of research on the haunted tales of Banani Golf Height, we have come to the point that, apart from hearing the baby crying or smelling the odor scent, some other people described that they were being followed by some invisible entity till being exposed to light. One of our heard stories may help you out to understand what’s actually going on there. One of the taxi drivers of the nearby depo describe his horror experience near the highway road of Banani golf height and Banani graveyard. One day, he was driving his taxi without any passenger at the dead hours of the night. Sometimes later, he came on the road on banani graveyard. Afterwards, the street lights started to glimpse and twinkle as like as there had been any presence of something too much electro-sensitive. Keeping the street lights on that state, the driver started to drive faster to get away ith the situation. Suddenly he saw some shadow being is chasing towards his car with incredible speed. At a time another woman waiting for lifts taking her bahy on the lap. As he stopped the car to take the woman with her baby in, he felt something evil is going to happen via his sixth sense. Whatever, he kept driving send after driving for a distance and coming to a point f conversation. After reaching to a safe place, he suddenly discovered that made her jaws dropped. He found the shadow of ghost which was following and chasing him at the place of the woman. The woman was completely changed into some scary ghost.

He tried to escape from his own taxi to get away from this nightmare. But the ghost didn’t give up so easily. The ghost tried to catch the man and get it of of his neck. Luckily, somehow he managed to escape from the car and get his feet of on his body. He described this incident as the scariest incident that ever happened to his life. But this incident doesn’t end here. When the somehow managed to escape from the place and came back at the next day to the spot. And surprisingly he found no taxi there which he left at the last night Even there were not even a single sign of what happened to the place last night. He along with the rescue team got surprised and tried to recover the incident of the last night. No one could explain the total incidents.

This is the story of one of the witnesses who faced paranormal activities of Dhaka Golf Height, Banani. Some of the other people described similar incidents but in different tone and details. Though, no such proof were found ever at the daylight to the place, but rumors flew around about the evil spirit lying at the old urban place. Since couple of last years, Banani Golf Height is being a source of haunted stories and rumors and people experiencing paranormal activities since its establishment. And eventually, all of the incidents took place at late hours of the night. During the daylight no one experienced such incidents of paranormal activities.